Catalina is one of the most iconic women in the GTA series, particularly because of her cruel and vicious moments.

Catalina is ruthless, yet she’s also a complicated character. While her depiction in GTA 3 is simple, GTA San Andreas showcases the character in a different light. She’s not pleasant or anything like that, but the players have more insight on why she does the things she does through her interactions with CJ.

Five of the most memorable Catalina moments in the GTA series

The mission, First Date, does a good job showing off what Catalina is like. CJ was just expecting to meet a cousin of Cesar’s, but he’s instead greeted by a lunatic waving a dagger at two men at a bar.

Afterward, CJ asks her what her plan is, to which she simply states that they are going to rob this county for every cent. It’s also rather unexpected to see GTA 3’s main antagonist be an ally for CJ (even if it’s short-lived).

Their relationship in later missions involved some questionable acts that CJ didn’t seem to be happy about. 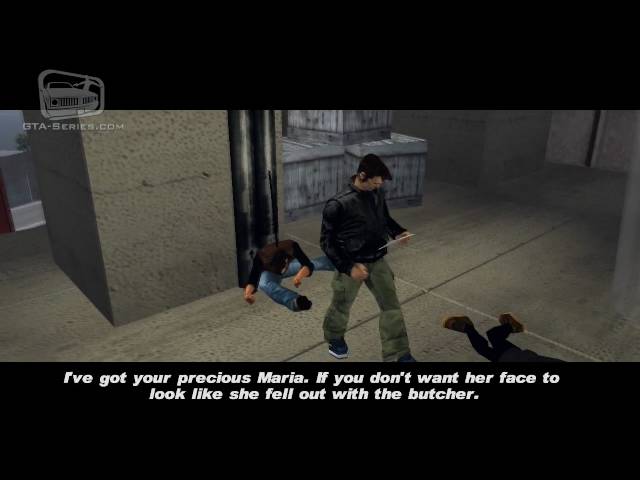 Not everything goes to Claude’s plans in GTA 3. After the mission, S.A.M. and Claude go back to check on Asuka, only to find her dead. Likewise, Miguel, the person Asuka was torturing, is also found dead, with a pole impaled onto him.

It’s a good example of storytelling that the player isn’t privy to seeing in person. They have a general idea of what happened, but that’s about it. It’s also worth noting that Maria was kidnapped, which sets up the final mission in GTA 3.

Catalina and CJ split up in GTA San Andreas, but the former can’t seem to let go. She calls CJ several times after she and Claude leave for Liberty City. The earlier phone calls are simple, if not annoying.

The Exchange is the final mission in GTA 3, where Claude is finally able to get his revenge by killing Catalina. He gets the money for Maria’s ransom and uses it as an opportunity to get closer to Catalina.

Of course, Catalina isn’t honorable. She has her men try to kill Claude, only for it to go horribly wrong for her and her men. Claude, using a Rocket Launcher to blow up the helicopter Catalina was in, is a satisfying ending to GTA 3, even if it’s a terrible ending to Catalina the character.

#1 – Betraying Claude in the opening cutscenes of GTA 3

GTA 3’s opening scene was surprising, given the fact that players had no idea who Catalina or Claude was at the time. This betrayal sets the tone for Catalina’s character, as well as why she’s considered the main antagonist of GTA 3.

It shows how cold-hearted she is, as well as why Claude is willing to get revenge on her. Some of the context makes more sense for players who played GTA San Andreas, but it’s still a memorable scene in its own right when the game first came out.

Joyful expression in 2021: Trending playful accessories that can light up any outfit!