Secularism 101: Punjab must always have Sikh CM, but India must elect non-Hindu PM 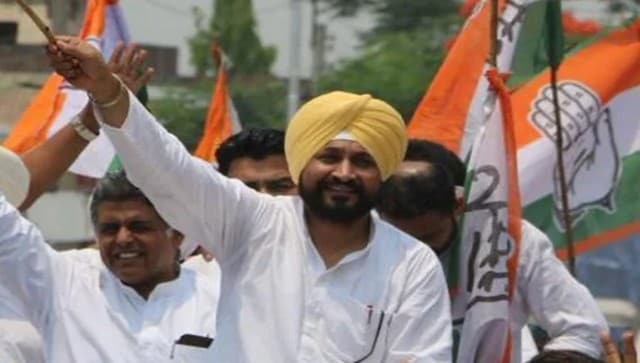 Secularism for Indian ‘secular’ intelligentsia has long been an engrossing game of shifting goalposts. So hard has that hypocrisy crystallised into a habit that even after seven years of non-stop electoral drubbings and cultural defeat, this group has failed to let go of it.

So when old Congress hand Ambika Soni was offered the chief ministership of Punjab, she declined saying only a Sikh — the dominant community in the state — must head the government. Dalit Sikh leader Charanjit Singh Channi was made the new chief minister.

While this weakens the influential Jat Sikhs, that Charanjit Singh Channi is a ‘Dalit Sikh’ man with a turban kind of solves the problem.

The secularati promptly acquiesced, not even asking her why those from other communities must not aspire for the post.

This lot screams the loudest about so-called “majoritarianism” in India. They have been distraught that Prime Minister Narendra Modi is demonstrably and unabashedly Hindu.

They have also normalised over the years the narrative that every Punjab chief minister must be Sikh just because Punjab is a Sikh-majority state. This is despite the fact that 39 percent in Punjab are actually Hindus, according to the 2011 Census.

Every chief minister of Jammu and Kashmir (before it was made a Union Territory) must be Muslim because the dominant population is Islamic.

Every chief minister of Nagaland or Mizoram has to be a Christian, against because these are Christian-majority states.

They never raised their voice or pen when crores of rupees meant for Jammu and Kashmir’s ‘minorities’ were grabbed by the majority Muslims year after year.

After undivided Punjab was split into Punjab and Haryana, the state hasn’t had a single chief minister from among Hindus, Christians, Jains, or Buddhists. Ram Kishan was the last Hindu CM of undivided Punjab in 1966. Since then, every CM has been Jat Sikh.

The concept of Dalit Sikh is contradictory. Sikhism exhorts one to leave all castes and take Singh or Kaur as a surname. In spite of that, at least 25 castes exist among Sikhs. The prominent of them are Jats, Khatris, Aroras, Ramgarhias, Ahluwalias, Bhapas, Bhattras, Rais, Sainis, Lobanas, Kambojs, Ramdasias, Ravidasias, Rahtias, Mazhabis, and Rangretas. The last two are prominent branches of the Dalit Sikhs, with Jat Sikhs being at the top of the food chain in Sikh society.

There is rampant discrimination, right from the economy to gurdwaras. Dalits are thrown out of trusts, there have been economic blockades against the lower castes.

Such division has made the ground ripe for missionary activity. There have been recent reports of widespread conversions from Sikhism to Christianity.

But all these do not bother the ‘secular’ Intelligentsia or politicians fishing for the majority vote in the state. They keep reminding the nation that as long as Hindus are not doing what this little entitled lot abhors, there is nothing to be abhorred.