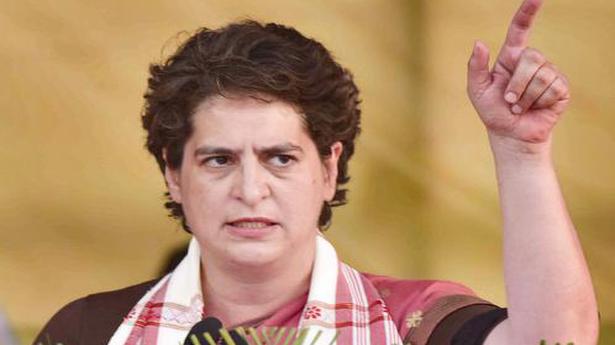 The Congress leader urges the Centre to take immediate steps for ensuring the safety of all citizens.

Congress leader Priyanka Gandhi Vadra on Friday, October 8, 2021 condemned the killing of innocent people in Jammu and Kashmir by terrorists, and urged the central government to take immediate steps for ensuring the safety of all citizens.

As many as seven civilians have been killed by militants in Kashmir Valley in the last five days.

A woman principal and a teacher were shot dead at a point blank range inside a government school on Thursday.

The central government should take immediate steps to ensure the safety of all citizens, the Congress general secretary said.