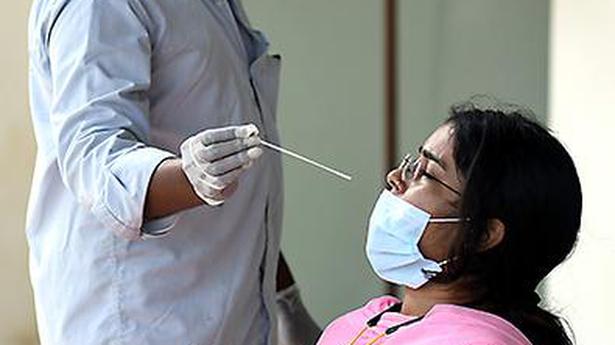 You can track coronavirus cases, deaths and testing rates at the national and State levels here. A list of State Helpline numbers is available as well.

Here are the developments:

The United States on September 20 announced a new international travel system under which fully vaccinated individuals, including from India, would be allowed to enter the country beginning early November.

Former president Donald Trump had imposed a blanket ban on foreign travellers from entering the U.S. at the start of the coronavirus pandemic in early 2020. The new system essentially lifts the travel ban on countries like India that the U.S. had earlier enforced.

Vaccinated people from countries like India can now travel to the U.S. with proof of their vaccination before they start flying for the United States, White House officials said. – PTI

New York City Mayor Bill de Blasio made the announcement on September 20, a day after the city’s teachers’ union sent de Blasio a letter calling for weekly testing instead of biweekly testing in the district with about a million students.

The mayor also announced also a change in quarantine rules for schools, no longer requiring unvaccinated students to quarantine at home if they were masked and at least 3 feet away from someone who tested positive for the coronavirus. – AP

Olympic gold medal swimmer Madison Wilson of Australia has been hospitalized for treatment of COVID-19.

Wilson, who is fully vaccinated, was forced to withdraw from the International Swim League competition in Naples, Italy because of the diagnosis. Wilson wrote on her Instagram account that she was “moved into hospital for further care and observation.” She said a full recovery is expected.

“I’m taking some time to rest and I’m sure I’ll be ready to bounce back in no time,” Wilson said in a post on September 19, which included a picture from her hospital bed as well as a video from her ISL teammates. – AP