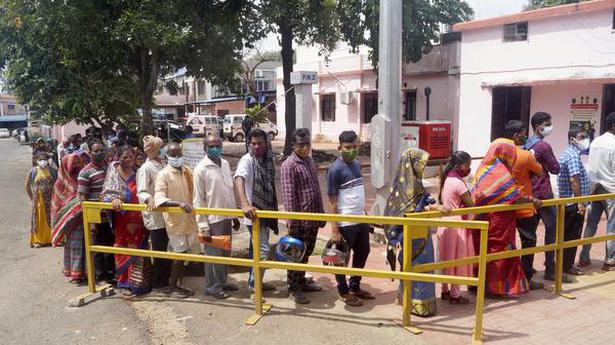 The survey, conducted in the State from August 29 to September 15, found that of the 5,796 samples, 4,247 were found to have antibodies against the virus.

It means close to three-fourth of the population surveyed in 12 districts has developed antibodies against the virus. The seroprevalence among healthcare workers is 93.5%.

Of the 5,796 samples taken up for survey, 4,247 were found to have antibodies against SARS-CoV-2 virus. The survey was conducted in the State from August 29 to September 15.

While districts were picked from all regions north, south and central, for the first time in the State’s sero-survey, children below 18 years were included.

Khordha had the highest at over 80%. Jajpur, Mayurbhanj and Jharsuguda districts had a seroprevalence of around 68%.

Among the seropositive adults, 66.5% had received at least one dose of a COVID-19 vaccine. Similarly, among seropositive persons, 13% reported symptoms are suggestive of COVID-19 and 23% had previously tested positive (Since April 2021).

“The seroprevalence was found to be around 70% in 6-10 year age group, for 11-18 years it was 74%. Children have developed antibodies after coming in contact with their parents or family elders. The findings correspond with national sero-survey results,” said Sanghamitra Pati, Director of RMRC, which is an Indian Council of Medical Research-affiliated research organisation.

The seroprevalence was higher among the adults as compared to children or older persons.

Moreover, there was no difference in seroprevalence rates between those who had received Covishield and those who had Covaxin. Vaccination coverage among elders was found to be higher among all categories.